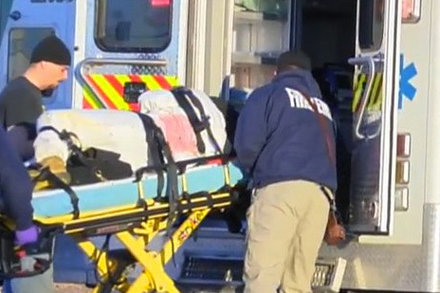 Gunman Kills 3 at Kansas Factory Before Dying in Shootout

The man drove through at least two towns firing a gun out his car window before attacking the plant in Hesston, Kan., where he worked, officials said.

Dateline Newton Kansas. I’ve never seen that in the New York Times. Too bad it had to be under these circumstances. I believe that Excel is what used to be Hesston Corp back when I lived there.

Actually, after looking into it. Hesston Corp is now AGCO and it looks like they still make tractors and other farm machinery at the plant there in Hesston.