Gotta love ERAs on Opening Day. Either microscopically good or apocalyptically bad. Not so much of the former for the Royals.

The Royal-iest of Royals statistics. 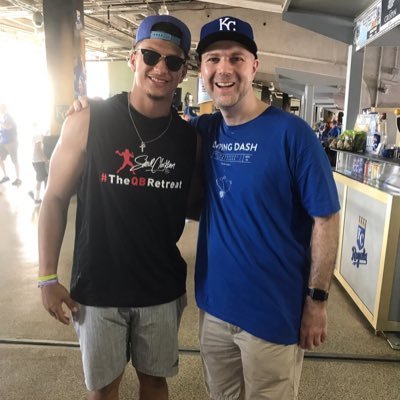 Four players have hit 3 homers on Opening Day. Three of them (George Bell in 1988, Dmitri Young in 2005, and now Matt Davidson in 2018) did so against the Royals. The 4th (Tuffy Rhodes) had been given away by the Royals the year before. New Royals, just like the old Royals.

It’s going to be a long season.

We went to a Mariners game against the Athletics yesterday. Our first game of the year. We saw James Paxton (aka The Big Maple) throw 16 strikeouts. This included striking out the first two batters of the game on 6 pitches, then throwing two strikes to the third batter, and getting a foul tip for the ninth pitch.

Had the catcher held on to that ninth pitch, Paxton would have been added to the select list of pitcher to throw an Immaculate Inning. A half inning with three strikeouts in nine pitches. He was really un-hittable.

The game is also potentially notable as the Mariners announced today that Ichiro will not play any more games this year and is transitioning to the front office. They are holding out the possibility that he’ll play next year but I don’t think that is likely except maybe for a token start to say goodbye.

Ichiro started the game, made an excellent catch in left field and even drew a 4 pitch walk. That counts as a pretty good game for him these days so congratulations. He has always been a favorite player of mine and I expect to see him inducted into the Hall of Fame some day.