On our recent trip to Europe we caught a rather rare break on our flight to Reykjavik. We flew Iceland Air flight 664 out of Portland which left PDX at 3:30 in the afternoon on June 15th and landed in Reykjavik around 6:00 AM on the 16th.

It just so happens that the Earth passed between the Sun and the Moon while we were in the air.

Furthermore, it just so happens that the shadow cast by the Earth fell on the Moon making a Total Lunar Eclipse.

Furthermore, it just so happens that at the the Moon was passing into the shadow, our plane was located right here 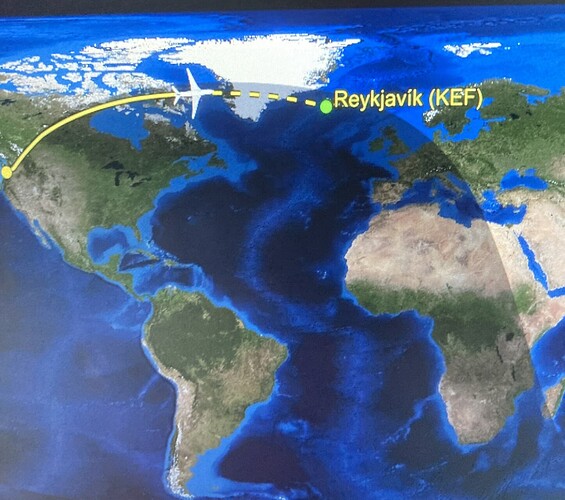 You can see we were just off the east coast of Canada over the Atlantic and were just south of the line between darkness and light.

Furthermore, it just so happens we were sitting on the right side of the plane facing South. I got a few shots of it through the window just before totality 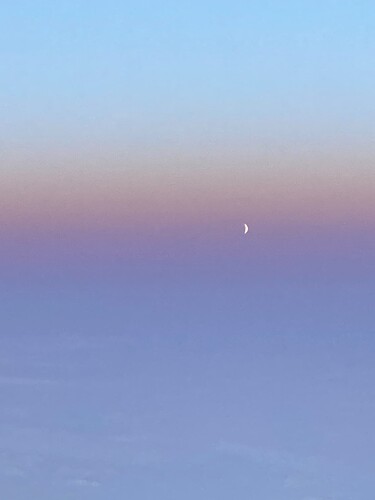 image1280×1706 29.8 KB
Looking directly south you would never see a crescent moon like that. That’s the Earth’s shadow. 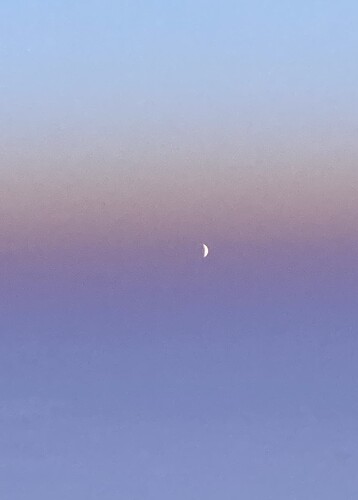 In this broader view, you can see the line between night below and day above 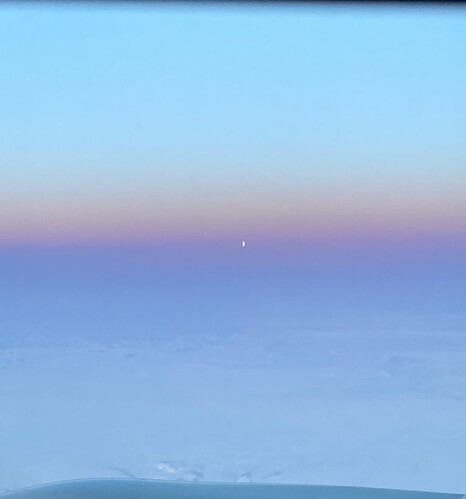 A final shot during totality. This was taken at 39 minutes after the hour. The first shot is from 15 minutes after 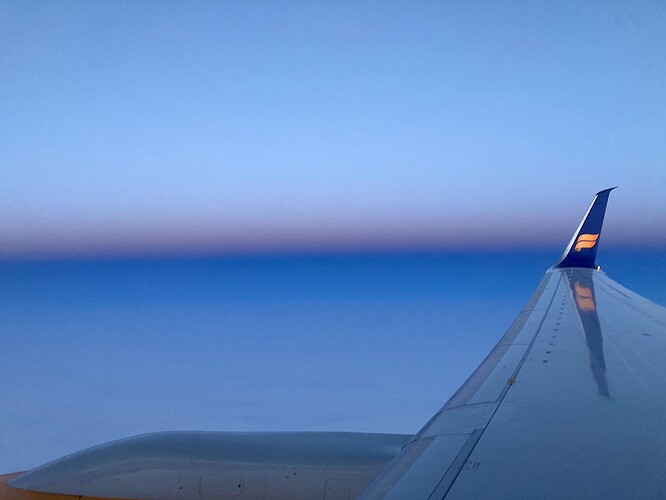 During this time, someone on the other side of the plan opened their window shade and we saw the Sun on the horizon to the north in perfect opposition to the Moon.

We didn’t get to see the Moon come back as it had rotated out of view by that time and was behind us.

I half think that the pilots knew about the eclipse and tried to position us because I can’t think of a better location to see it than where we were. It’s definitely the coolest thing I’ve ever seen from a plane.

I expect you are right about the pilot. We used to be in a small group with someone who flew for Air Canada. He said one of the guys he flew with kept a chart that tracked satellites on his iPad and he would note them in the sky as they flew. There isn’t a lot to do in the middle of a long flight like that.