I a big fan of the datafy and nav protocols that were introduced to clojure in 1.10. There are, as far as I can tell, few examples of its usage in the wild. There is Sean Corfield’s excellent blog post (which you should read as an introduction) describing its incorporation into the next.jdbc library, but not as much more that I can find out there and this is a problem. To help remedy that problem I’d like to submit an example from my work in the healthcare industry.

HL7, an international standards organization, has defined a data standard/protocol for the health care domain that goes by the acronym FHIR (pronounced “fire”). The spec describes something called a FHIR Server which is able to serve health related data via a RESTful API for suitable clients. I have written such a client as a clojure library I call clj-fhir which I will be demonstrating here.

The library will be aliased to fhir

The FHIR specification divides the health care domain into a set of about 150 “Resources” (e.g. Patient, Medication, Procedure, Encounter, etc.). In clj-fhir, a particular Resource is a data structure (read map) and is accessed as follows:

Each Resource has three parameters that uniquely identify it:

The three parameters can be combined to create a Universal Resource Identifier (URI) which is also a URL. So, say we bind *fhir-server* to https://fhir.example.org/, the URI for our example patient would be

If you do an HTTP GET of this kind of URL, a Resource Representation is returned in one of a few formats depending on the Accept header. You can see then that the fhir/get-resource-by-id function is little more than a straight HTTP call with some ceremony around error handling and some authentication/authorization like an OAuth token exchange.

Let’s take a look at the structure of pt. There are multiple representations of a Resource (JSON, XML) but clj-fhir turns it into a nice clojure map.

There is one attribute I want to highlight here. Take a look at managingOrganization. The value is a Reference type, which is an example of what REST calls a hypermedia control. Specifically, it is typed as a reference to an Organization Resource. This is how FHIR Resources are associated. In our example the reference value is Organization/5120. This is a relative URL so it should be trivial to create a function that de-references Reference types. In fact clj-fhir has such a function:

Note that in addition to the 2 parameter arity shown in my original call above, get-resource-by-id has a single parameter arity that takes a stringified URI. This is the form used in follow-reference. Also, the reference attribute can be an absolute URI so we do need to account for that possibility.

The collection of Resources in the FHIR data model is chock-full of these Reference types. Just a few examples:

It occurred to me after clojure 1.10 came out that with all this linkage, it might be useful to wire this FHIR graph up with the clojure Datafiable and Navigable protocols. The follow-reference function above already does most of the work for me.

So I did it! Here is a function that “datafys” (datafies?) a FHIR Resource.

There’s a fair amount going on here so let’s add a few notes. Here’s what’s happening in this function.

The upshot of all this is that whenever a Resource is returned by the library, any attributes which contain reference types get enhanced with the ability to de-reference those values via a call to nav.

I think it’s worth pausing for a bit to consider this. The FHIR specification has this idea of Resources that reference other Resources comprising a Health Domain Graph. This idea is abstracted into a type called Reference. With a single clojure function, we have given this idea life by actually enabling navigation of the Health Domain Graph. This isn’t some bolted on feature either, it’s actually built into the core functionality of clojure via a couple of protocols. I think that’s pretty cool!

How Does This Look?

To demonstrate navigation, I prepared a little screen share session. It uses Cognitect’s REBL data browser which is able to apply nav to datafied things.

In the video I am browsing an Observation Resource which has a subject attribute referencing a Patient and a performer attribute which can reference a few different Resources. Each of the referenced Resources have references of their own so I go nav-crazy. 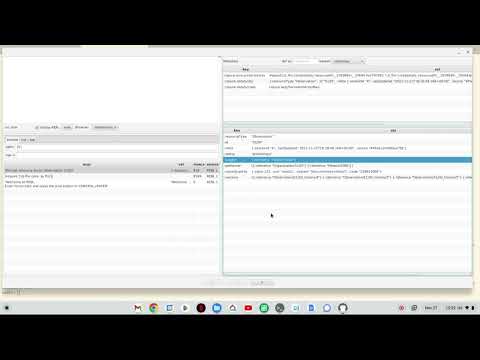 If you watched that video you’ll note I added a bonus navigation I didn’t talk about here. Each Resource maintains its own revision history (See the meta.versionId attribute in my pt var above). Getting a Resource with get-resource-by-id normally returns the most recent version but all the others are available, so I also made that revision history navigable. Perhaps I can show how I did that in another post.

I hope this was useful and will give you the inspiration to use these protocols if you can.

Hi @stand, I’m working with FHIR resources and would be interested in trying out your clj-fhir + nav library. Please let me know if this is possible. Thanks!

Would this be for commercial use? I haven’t open sourced the library though I have vague plans of doing so eventually.

No. It would only be used by myself for exploring FHIR data. I’m fine with alpha/beta level code for this purpose and would provide feedback.

Sounds good! Let me clean it up a bit and I’ll put it out there. Might have to wait til the weekend though.